My background in science and art led me to a career in scientific and medical illustration, at least half of which was spent sitting in front of a computer screen. I have now shed my digital chains to return to painting and writing!

The result is a series of paintings and books looking at the places I have lived, from my London home near Hampstead Heath, through Louisiana where I worked in my early twenties, to Canada which my daughter Tor now calls home.

London, Canada and Louisiana are ‘My Places’ and ‘My People’; I am emotionally attached to them and I wanted to explore how are they impacted & linked by our changing climate.

My journey began in October 2016, recording and painting the new aquatic and meadow planting around the Model Boating Pond, a man-made 17th Century reservoir on Hampstead Heath in London. In 2011 the City of London Corporation, who manage the Heath, were advised that should an extreme rainfall event occur, the pond could overtop and the communities below the Heath would flood. The pond needed to have its dam & spillway rebuilt and reinforced. Extreme rainfall events are not unprecedented, but UK Meteorological Office research shows that the frequency of them occurring in the UK is rising as the global temperature rises. I watched the extraordinary excavations at the Model Boating Pond with amazement and fascination. It has been transformed from an ecologically barren urban pond to a rich and diverse ecosystem.

A month later, in November 2016, my journey took me to Hudson Bay in Northern Manitoba, Canada. It was a seminal moment for me. The vast flat tundra was awe-inspiring. However, seeing the effect the rising global temperatures were having here, brought into sharp focus the impact the changing environmental conditions in the Arctic are having worldwide; the melting ice sheets and glaciers are contributing to 50% of global sea level rise.

Here are two of ‘My Places’ impacted by global warming. Is it affecting Louisiana as well?

The result of my exploration is a series of paintings and books looking at how these disparate places are impacted & linked by the climate crisis.

It has been quite a journey and there is a lot more exploration ahead. 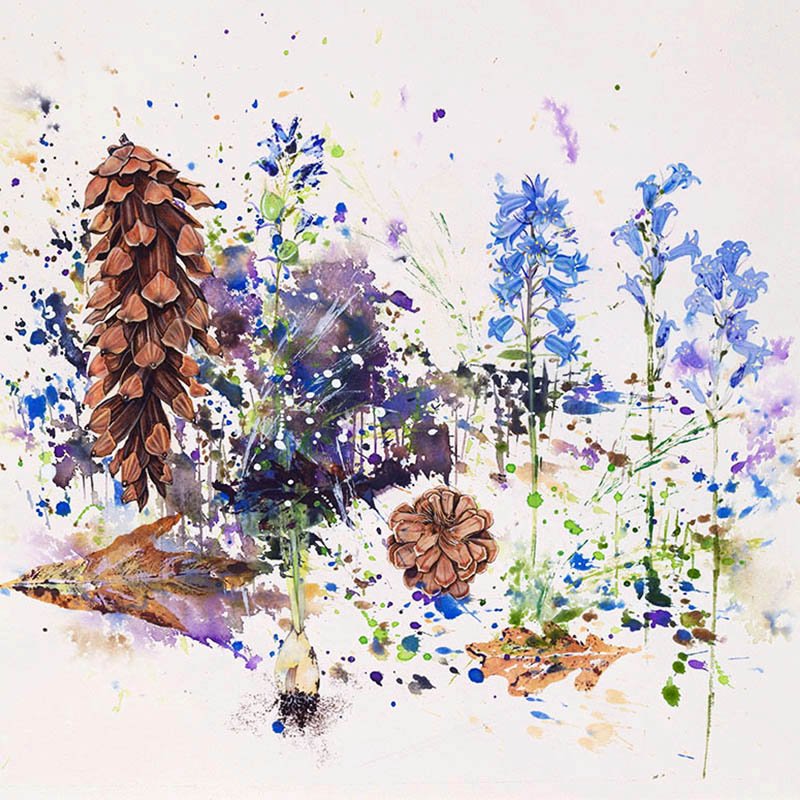